This May, mentoring has led us to participate in two conferences: the Spanish Congress of Social Mentoring (Pamplona) and the European Mentoring Summit (Leeuwarden, the Netherlands), in which we shared our vision and we established ties for improvement and innovation in social mentoring. Since this year we have been able to return to in-person meetings, we have gone to Pamplona and the Netherlands. 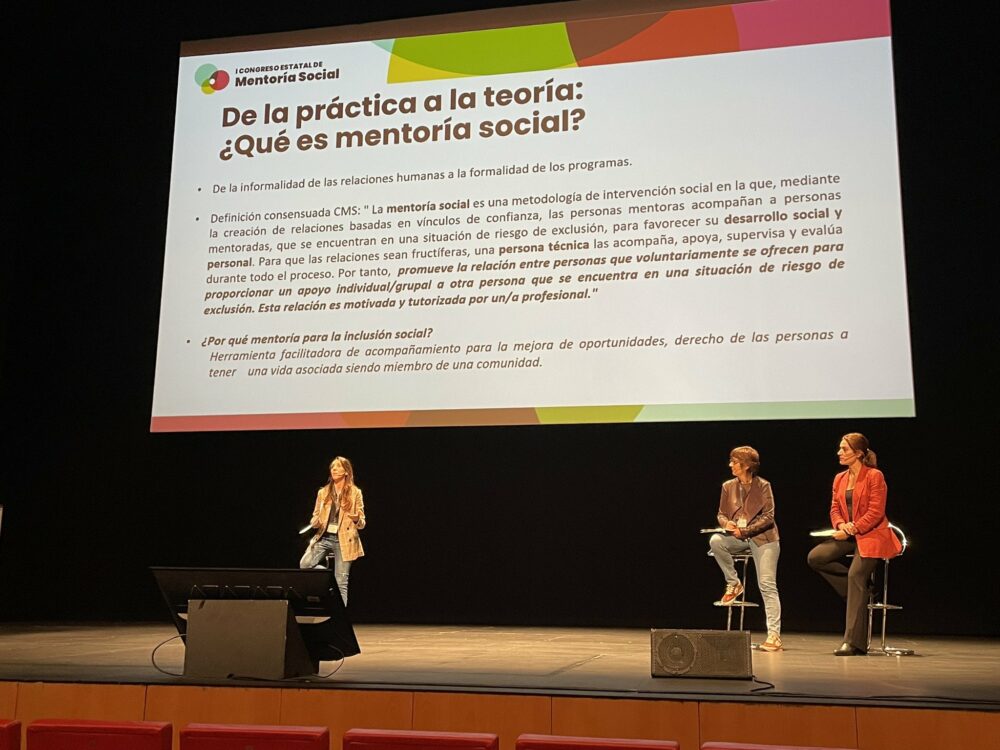 What have we contributed and what do we take away?

Our participation in the congress has touched on several points. To begin with, Rita Grané, director of the organization, gave the inaugural presentation “Mentoring for inclusion: from idea to the present”, with Marina Claverías, director of the association Quilòmetre Zero. Together they explained the first steps of the Coordinadora de Mentoria Social and contextualized the usefulness of mentoring to provide people at risk of exclusion with more opportunities. They also presented the challenges that the Coordinadora will face in the coming years.

Secondly, Bet Termes and Alícia Garcia, technicians of the Referents project, led the workshop “How the participation of volunteers in the Referents project modifies their beliefs and relational practices”. They explained and discussed with the audience the main impacts of being a mentor on people’s skills, abilities and attitudes. We have this evidence in the case of the Referents Project from the study commissioned by DEP institute, which you can consult in this article. Finally, we also contributed our expertise to the round table “Social mentoring with young people and adolescents”.

The three days of the conference included a series of presentations and workshops in which the Punt mentoring team was able to attend. Some of these spaces served to give ideas on how to improve our projects, either by applying useful technological tools and platforms or by incorporating interesting approaches in the various moments that a mentoring relationship goes through. The team has returned from Pamplona with notebooks full of reflections thanks to this exchange of experiences and thanks to the time spent thinking about social mentoring, the tool that all the entities present have in common.

The Congress ended with a closing ceremony, in which we were given the +MC award, the highest rating on the quality of social mentoring. 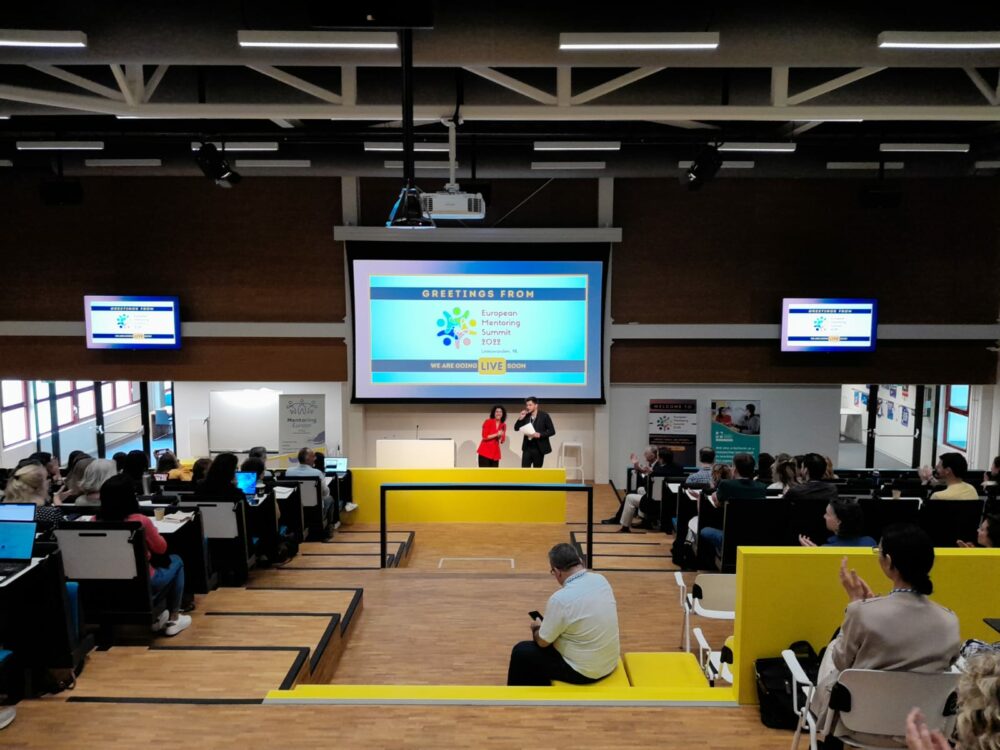 From the 18th to the 20th of May, Mariona Sementé, International Area Technician and Head of the Athenaeum Project, attended the European Mentoring Congress in the Netherlands. At Punt de Referència we were able to contribute our expertise in mentoring by participating in the scheduled workshops. The conference brought together a wide range of projects from around the world that work not only with social mentoring, but also mentoring applied to university students, among other groups that are not at risk of exclusion.

One of the highlights was the presentation of the Re-Generations project in which we have been working for three years in collaboration with ARSIS of Greece and Defense for Children of Italy. Participating in the congress has helped us to acquire tools to systematize and support volunteers and strengthen the network of organizations that work with social mentoring.