Punt de Referència is a non-profit Catalan association inspired by a foster care leaver, Hannan. It was created in 1997 to provide accompanying and support to vulnerable young people, mainly care leavers or under custody, who without support from family network must undertake their adult life once they leave the centers where they have lived under the tutelage of the Generalitat de Catalunya.

To favor full social integration, equal opportunities and the improvement of the quality of life of young people leaving care in risk of social exclusion, accompanying them in their process of emancipation.

To be a reference organization in accompanying extutelated youth and/or at risk of exclusion, and to be leaders in the use and promotion of mentoring.

What makes Punt de Referència unique and innovative are the mentoring projects, through which we offer voluntary accompaniment to these vulnerable youth. In these projects, volunteers become adult mentors that accompany young people through their emancipation process.

On June 30th the Association was constituted, initially with headquarters in the premises of the Fundació Mercè Fontanilles and later in a space of the Casal d’Associacions Juvenils de Barcelona.

Definition of the Referents project and beginning of the first pilot group of volunteers.

The Association joined the Federation of Assisted Living Entities (FEPA), an umbrella organization created with the objective of bringing together the interests of the organizations that work with extutelated youth, and the Catalan Federation of Social Volunteers (FCVS).

Commissioned by the Support Area for the Tutelated and Extutelated Youth (ASJTET) we defined a project of family welcome, the HOST Project. During the 2002-03 academic year we started the project with the first pilot group.

We opened a new space to respond to other demands of young people, the Support Program, which began with educational initiatives and information.

Punt de Referència participated in the European project ENCYMO. We joined a meeting in Paris that allowed us to learn about other experiences of voluntary accompanying in Europe. This event was a meaningful point for the the organization since it confirmed that our mentoring project, innovative in Catalonia and Spain, is a recognized practice, well valued and with a long journey in Europe.

Our belief in networking brought us closer to ECAS (Catalan Entities of Social Action) and we joined in to take an active part, specifically in the Immigration Commission.

The Journey project is born, to offer advice and accompaniment to youth.

The organization changed headquarters to Sant Antoni Abat St., thanks to the support of Escola Pia of Catalonia.

Punt de Referència extended its offer of assisted apartments with the opening of “El Pas”, in the neighborhood of Sagrada Familia (currently in the Poblenou neighborhood), with three places for young people.

A new project was developed, the First Welcome service.

We initiated an alliance with the Solidarity Service Foundation, to start the DOMUS Autonomous apartments Program, in L’Hospitalet de Llobregat.

We started the working group “European Mentoring and Befriending Group” (EMBG) within the ENCYMO Network with the aim of reaching an agreement on professional criteria of good practices in voluntary accompaniment 1 to 1, preparing support manuals and exchanging experiences among professionals in France, England and Germany.

The Association is declared of PUBLIC UTILITY: a tool of transparency, quality and accountability.

We designed a new proposal for action based on our European experience and began to work to extend the practice of mentoring in the territory. We established the basis of a coordinator of mentoring entities, which would be deployed in the following years.

A new concept of assisted apartment is born: Equinox, a apartment with educational support, both professional and voluntary. The project is co-managed with the Sunday Community of Sant Feliu de Llobregat.

Two replicas of the Referents project are launched, one in Girona by the Cooperativa Suara, and the other in Lleida by CIJCA-Salesians.

Start of the Social Mentoring Coordinator, as a project still linked to Punt de Referència. Inspired by Punt de Referència in partnership with three other associations: Fundació Servei Solidari, Fundació Èxit and the University of Girona, with projects that adopt mentoring as a method of attention to vulnerable population.

The “Take a job” action starts within the project “Journey”, to improve opportunities for young people entering the labor market.

Punt de Referència organizes the 1st Conference on Mentoring for Inclusion, with the participation of speakers such as David Dubois (USA), an international mentoring researcher, and Amos Carmeli (Israel), director of the oldest mentoring program in Europe , the Perach Program.

The Association participates in the first research study on the impact of mentoring projects, coordinated by the Social Mentoring Coordinator and led by the University of Girona.

A year of strengthening the mentoring projects, marked by two key moments:

Punt de Referència celebrates its 18 years of existence accompanying young people when they reach the legal age of majority (18).

The Referents Project grows to almost 60 couples per year and its systematization is improved. For this reason, the “Manual of implementation of a mentoring program: the Referents project” is written; we offer training and advice to launch new mentoring projects in other entities, such as Fundació Comtal in Barcelona, ​​Fundació Natzaret de Mallorca, Igaxes of Galicia, Vasija de Guadalajara Association and Ilundain Foundation of Navarra.

The Coordinator of Social Mentoring project is constituted as an association with its own legal personality. In the period 2016-2019 Punt de Referència will occupy the Presidency of the Board of Directors of the new Coordinator.

All this work in mentoring will be reflected in MentorAbilities, a new project of occupational mentoring in collaboration with three other entities.

Punt de Referència begins accompanying young people from the age of 16 with the launch of GR 16-18, responding thus to the growing demand of professionals in residential care for foster care youth.

Opening of the third assisted apartment assisted “Fent Camí”. In this case it is a mixed apartment with 4 places in Cornellà de Llobregat.

Our mentoring experience lead us to cooperate in a European project of the People in Need organization in Prague, and locally to teach mentoring to Fundació Ampans and Cooperativa Actua.

Punt de Referència receives the Solidarity Prize awarded by the Catalonian Institute of Human Rights and the Innovation Prize for GR16-18 project, awarded by the Government of Catalonia.

The Assisted apartments project is expanded with the opening of a fourth apartment “Horitzó”, with 4 places in Hospitalet de Llobregat.

The mentoring projects extend the age of youth’s participation in Referents, Atenea and GR16-18 projects from the age of 16.

The cycle of bimonthly debates El Berenar a Punt is born to deal, with all the agents involved, about everything that sorrounds the lives of youth foster care leavers.

We start a new housing project ‘Llars el Pas’ for youngsters who needs them to finish the emmancipation process.

We extend the duration of the mentoring relationships to 8 months in Atena Project and to 10 months in Referents.

Referents gets the best qualification for its mentoring program, the MC+ quality seal.

The participations and advocacy project “Som Llavor” is born.

We expand territorially the Referents project, to the towns of Maresme.

To be up to date, you can subscribe to the Punt Reference newsletter.

Punt de Referència bets on the sustainability of its actions.

Punt de Referència is part of the Citizen Commitment to Sustainability for the period 2012-2022.

Certificate of being up to date with social security obligations

Certificate of being up to date with tax obligations

Certificate of being up to date with tax obligations in Catalonia

Punt de Referència is registered in the CENSUS of ENTITIES that PROMOTE the CATALAN LANGUAGE.

This census groups together associations that carry out activities that promote positive attitudes towards Catalan or tend to increase its knowledge or use among the population in general or in specific groups.

Donations in favor of associations that have among their purposes the promotion of the Catalan language deduct 15% of the income tax on individuals.

of the Generalitat de Catalunya for the best local-regional project.

to good experiences of exchange between people from different cultures and to new models of coexistence.

within the scope of new arrivals. A business initiative of Caves Berdié & co. and the Catalan Federation of Social Volunteering.

of the Municipal Council of Environment and Sustainability of the City Council of Barcelona to the initiative "El Trampolí, a sustainable assisted apartment".

de la SEBAP – Barcelona Economic Society of Friends of the Country. Punt de Referència stood out for its social task.

A European recognition for volunteering and employability.

An initiative to promote citizen’s co-responsibility, entrepreneurship and social innovation.

to the linguistic volunteering, granted by the Generalitat de Catalunya.

Institute of Human Rights of Catalonia.

The team at Punt de Referència is composed by: 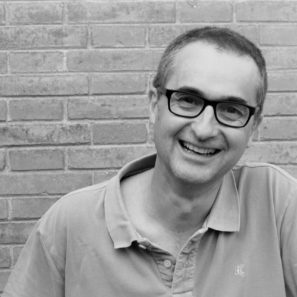 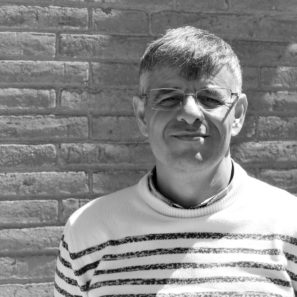 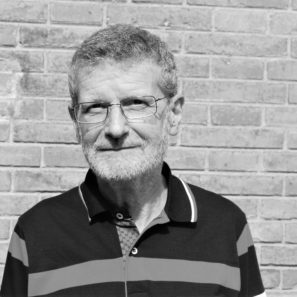 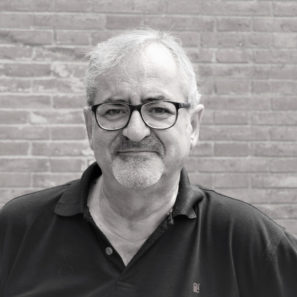 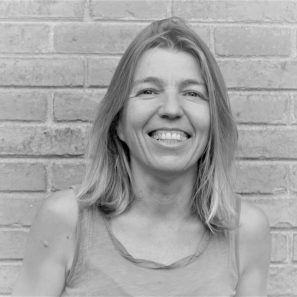 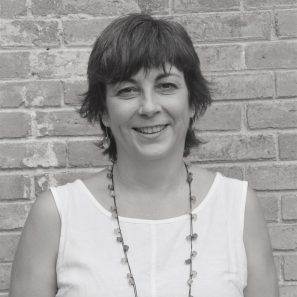 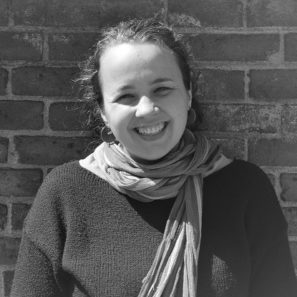 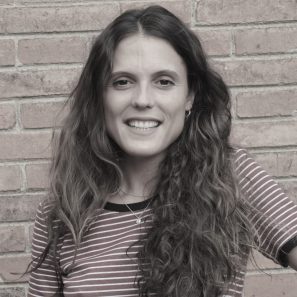 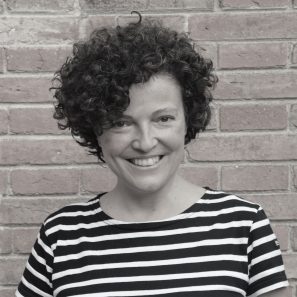 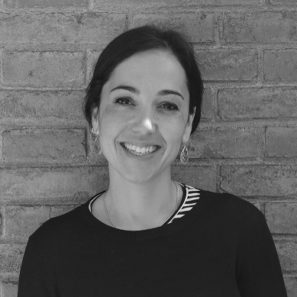 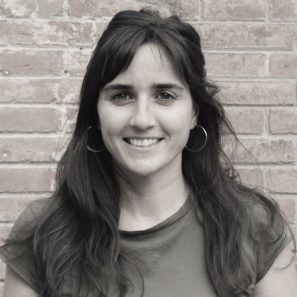 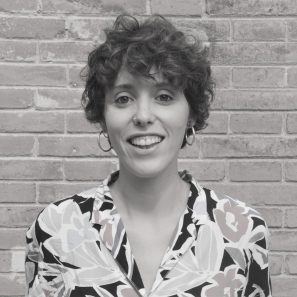 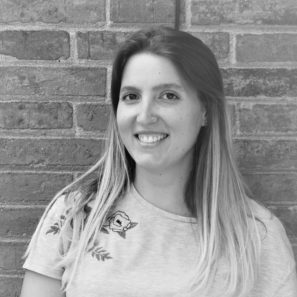 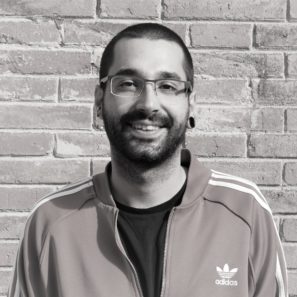 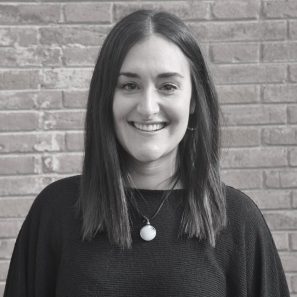 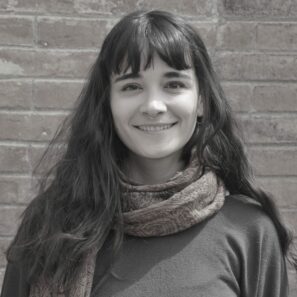 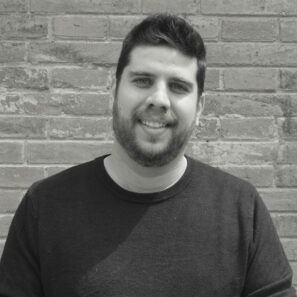 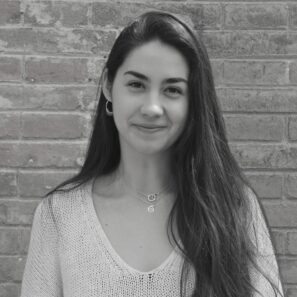 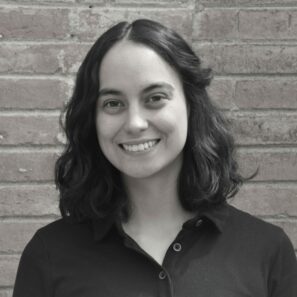 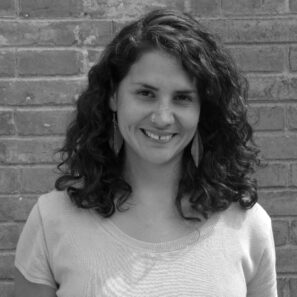 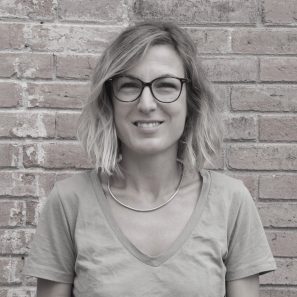 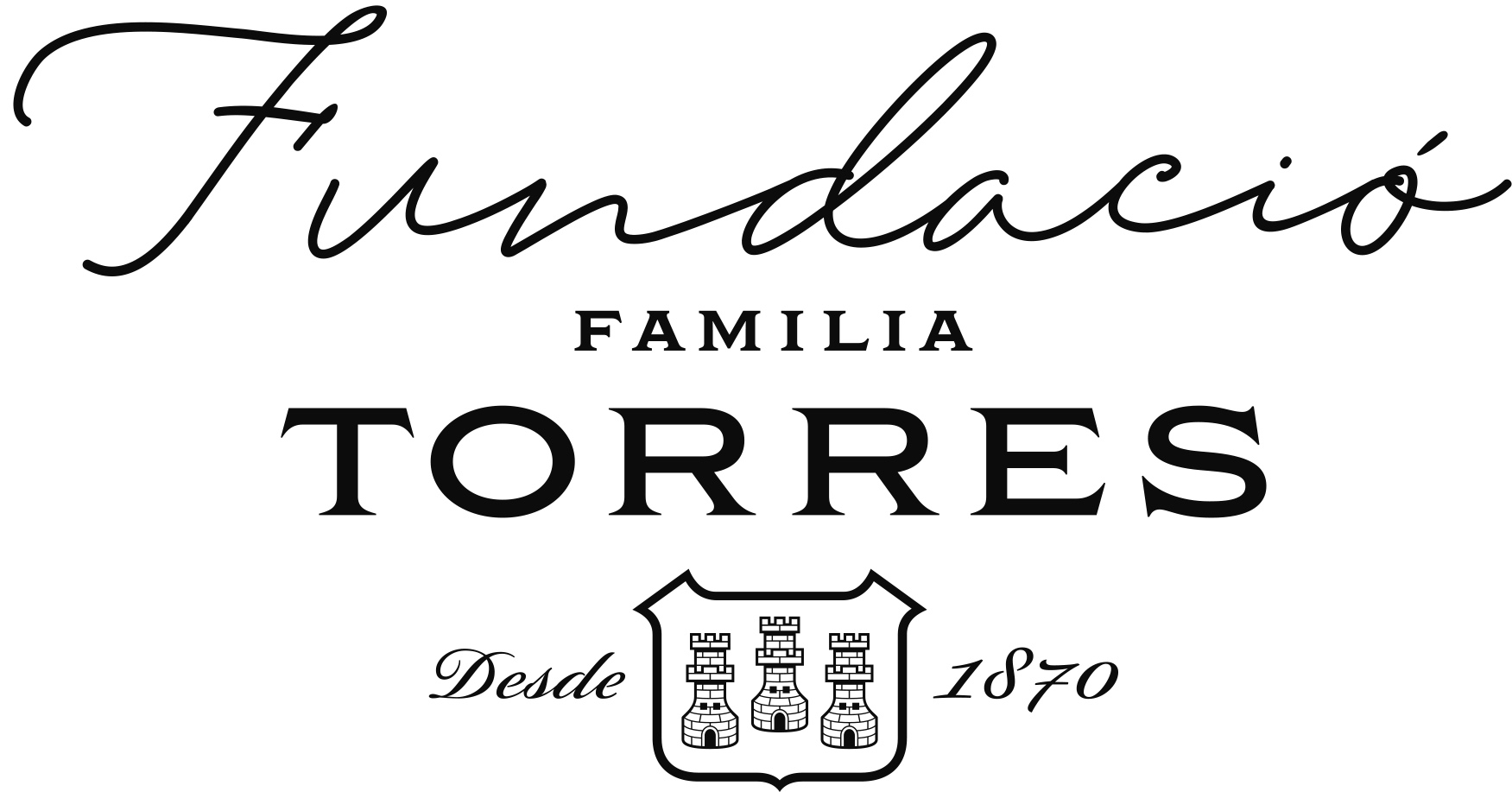 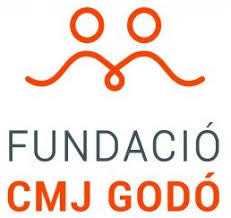 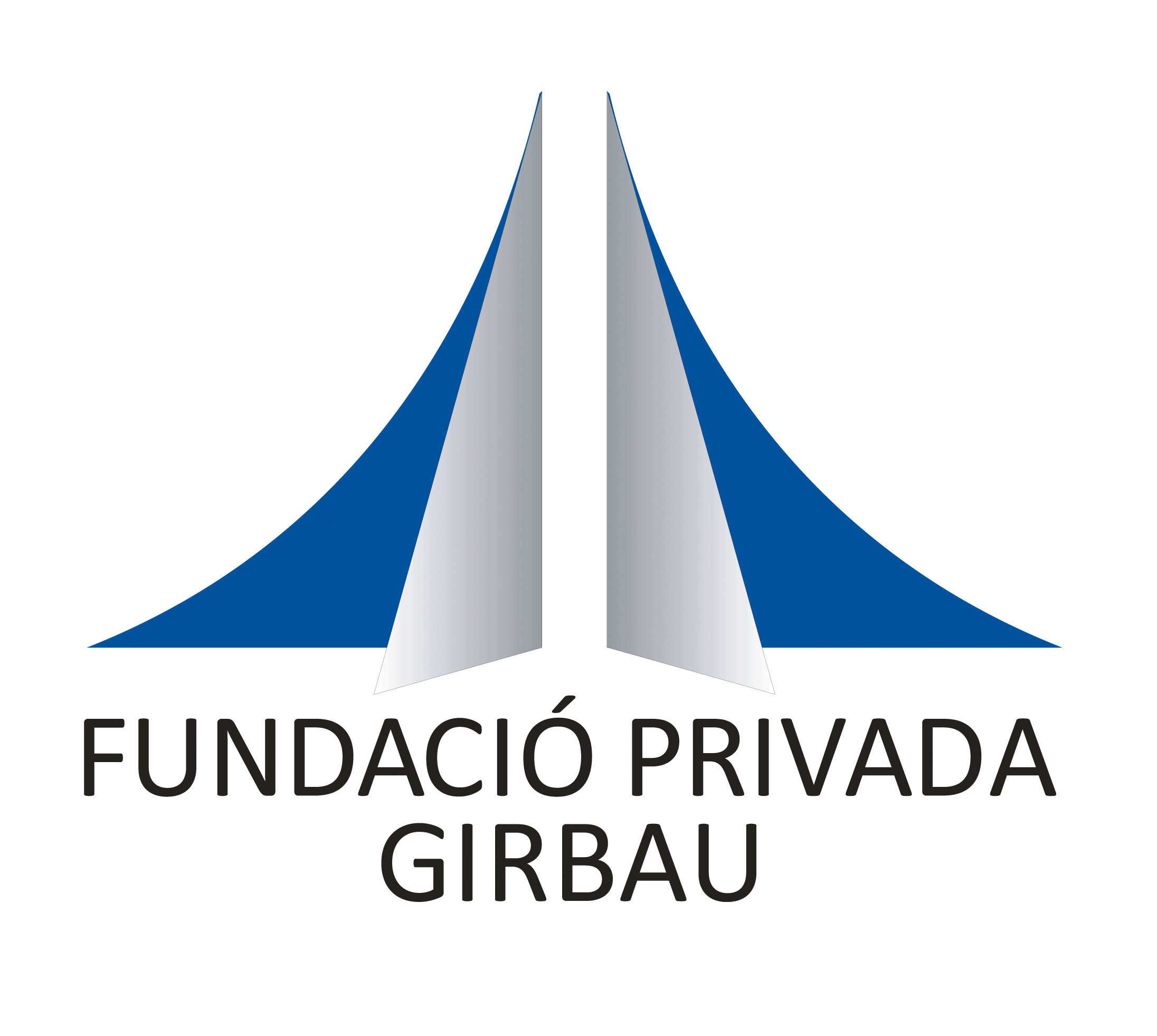